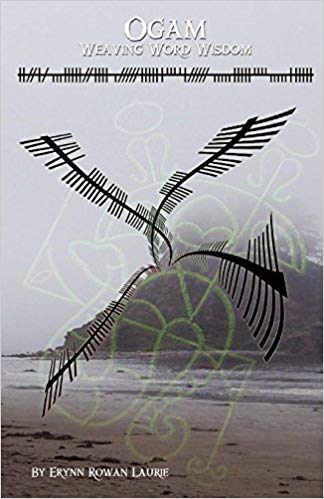 Ogam: Weaving Word Wisdom is a breakthrough in ogam divination and magical studies. Rather than working from the commonly known tree alphabet paradigm, Erynn Rowan Laurie takes us back to the roots of each letter’s name, exploring its meanings in the context of Gaelic language and culture. Like the Norse runes, each letter is associated with an object or a concept — “sulfur”, “a bar of metal”, “terror”. These letters are deeply enmeshed in a web of meaning both cultural and spiritual, lending power and weight to their symbolism.